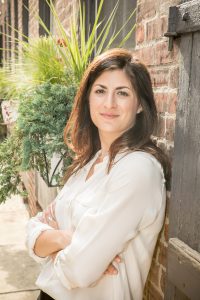 I am a scholar who specializes in the stuff that surrounds us and what it’s doing in 20th and 21st century American literature.

I’m currently Associate Professor of English at the University of Delaware, where I also serve as Associate Director for The Center for Material Culture Studies. I made my way to UD via the JFK Institute of North American Studies in Berlin, Germany, where I was an Assistant Professor.

Before I did my graduate work in English (PhD, Princeton University; MA, University of Chicago), I studied “stuff” from a very different perspective. I worked in material sciences and made prosthetic limbs for amputees. Writing about fiction might seem like a far cry from that line of work, but my interests in materiality and in loss are a through-line.

You can follow this through-line in my first monograph entitled The Death of Things: Ephemera and the American Novel, which was published by The University of Minnesota Press in October 2020.

But since I’m committed to speaking to a broader public, I also publish in venues such as Los Angeles Review of Books, Public Books, and Flaunt magazine.  With Patrick Moran, I curate the “Thing Theory and Literary Studies” colloquy on the Stanford Arcade website. 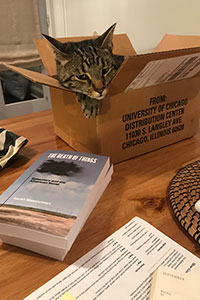 Please be in touch: swasser@udel.edu

And follow me on Twitter @SarahLWasserman for tweets about writing, teaching,
and my slightly famous cat, Max.